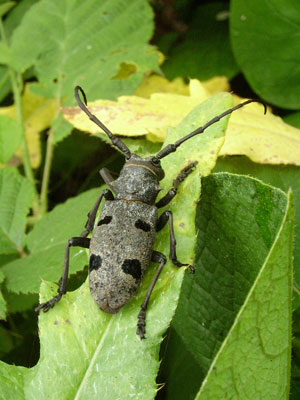 Among the invertebrates in the Park there are 164 species of conservation importance. There are 34 relict species, 4 of the endemic species are local and 80 - Bulgarian. The World Red Data Book has included 16 of these species, while the European has listed 10 of them. The Habitats Directive protects the following butterflies - Lycaena dispar, Euphydryas aurinia, and Callimorpha quadripunctaria, and of the beetles – the Lucanus cervus, capricorn beetle, Morimus funereus, and others.

Strandja Nature Park is the Bulgarian protected territory with the richest vertebrate fauna – 404 species. The park ranks among the first in Europe by virtue of its fishing resources. The interior of Strandja hosts 41 species of freshwater and passage fish, and another 70 species inhabit the coastal waters. The number of relict species is high – 9 Ponto-Caspian (preserved since the time of the ancient Sarmatian Sea) and 5 boreal relicts (from Latin - Вorealis – northern, species that originated from the northern regions and reached our latitudes during the Quaternary frosts).

There are 6 species endemic for the Black Sea basin – e.g. Rutillusfrisii, Neogobius melanostomus, Mesogobius batrachocephalus, and others. Two types of gobies and the Sander marina are endemic for the Black Sea basin and the Caspian basin. The Alosacaspiabulgarica can only be seen along the southern Bulgarian coast. The World Red Data Book includes 12 species of freshwater fish, and the National Red Book – 8 species, among which the Cyprinus carpio and the Chalcalburnus chalcoides. 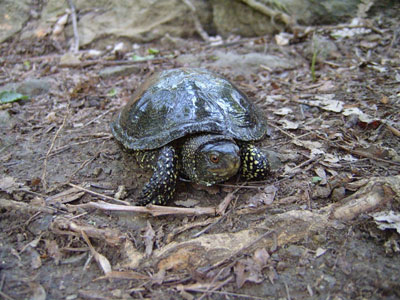 Ten species of amphibians have been identified on the territory of the Nature Park, which is more than half of the total of 16 Bulgarian species. The European tree frog (Hylaarborea), the endemic sub-species of the Pelobates syriacus and the Triturus karelinii are threatened of extinction not only in a European aspect but globally as well.

Twenty-four species of reptiles, which represent 70% of the richness of the Bulgarian herpetofauna have been found in Strandja Nature Park. The populations of 13 species have global importance. The population of the Coluberrubricepsthracius, a local sub-species that is endemic for the south coast of the Black Sea, acounts for half of the world‘s population of this species.The Emys orbicularis and Mauremys rivulata, the Testudo graeca and Testudo hermanni, the Elaphe longissima, the Typhlops vermicularis, Ophisaurus apodus, the Darevskia praticola and the gecko are also among the protected species.

269 species of birds can be found within the boundaries of the Park, which represent two thirds of the entire Bulgarian ornithofauna. The globally threatened corncrake (Crex crex) nests in the Park, and the old-growth forests of Strandja are the most important protected territory in the world for the white-backed woodpecker (Dendrocopos leucotos lilfordi).  The populations of the semi-collared flycatcher (Ficedula semitorquata), the Hippolais olivetorum and the Parus lugubris are of global significance, and the populations of the Neophron percnopterus, the black and white stork, the owl and the four species of eagles are extremely important from a European perspective. 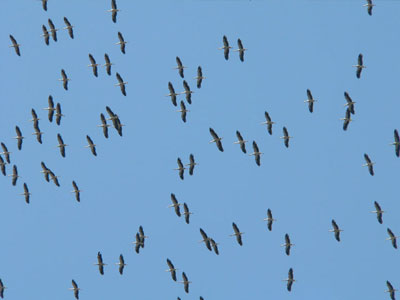 The second largest migratory route of the birds in Europe (Via Pontica) passes over Strandja – it brings together the flocks of Northern and Eastern Europe, and Siberia. The migration front narrows over the Nature Park and in peak days visitors can see enormous flocks of white storks – up to 40 000 a day, as well as tens of thousands of pelicans, perns, buzzards, and spotted eagles. The importance of the Park is further reinforced by the bays and estuaries along the coast of the Black Sea, which are used by the waterfowl species not only for rest, but also for hibernation.

Sixty-six species of mammals breed within the boundaries of the Park. The bear has become extinct at the end of the ХVІІІ century, while the presence of the lynx after the mid-XX century has not been credibly documented.

Individual representatives of the population of the monachus sporadically visit the underwater caves near Silistar.

The bats are represented with 25 species, 13 of which are listed in the World Red Data Book (Myotis bechsteinii, Myotis capaccinii, and Myotis emarginatus, Rhinolophus euryale and Rhinolophus hipposideros, Barbastella barbastellus, and others).

The small mammals are 27 species, with 8 species of rodents being listed in the World Red Data Book (ground squirrel, three species of dormouse, squirrel, and others).

Typical large mammals for the Park are the doe, the royal stag and the wolf. The wild boar and the jackal are widespread as well. One can often see foxes, badgers, weasels, and others. The populations of the otter and the wild cat are among the most numerous in Europe.  The Park also hosts the rare species of the ground squirrel and the Vormela peregusna. The Vormela peregusna, the otter and the monachus have been included in the World Red Data Book.