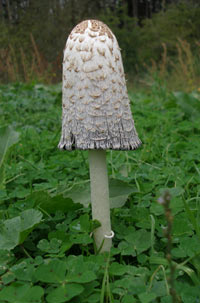 The mushrooms in the Park have not been studied systematically – there are about 100 species that have been described and categorized until now. The high proportion of rare for Europe species, especially the Mediterranean ones (Clathrus ruber, Leucopaxillus lepistoides and others), attests for a rich and interesting mushroom kingdom. The valuable edible species are around 20, with 14 of them widespread in the Park.

Eight species have been included in the Bulgarian Red Data Book of Mushrooms, of which the Agaricus bohusii is critically endangered, and two other species - Agaricus altipes and Melanogaster variegatus have been categorized as endangered. There are 17 species in Europe that are rare or threatened, among which the Amanita caesarea, the Boletus aereus and the Boletus regius).